Amen-Ra, also known as The Mummified One, The Unstoppable Avenger and The Living Dead is the guitar player of the finnish Melodic Heavy Metal monsters Lordi. He's been spreading screaming riffs and outrageously catchy tunes with the band since 1997, when Mr. Lordi made his first monsterous mummy mask. Amen has played on 4 continents and on 9 studio albums and as a result infected the world with a demonic earworm planting disease and entertaining the masses with a frightfully fantastic stage show.

In 2008 he starred in the horror flick »Dark Floors«, playing a monster who tries to kill everyone trapped in an abandoned hospital. You can also marvel at Amen's acting skills in the short movie »The Kin«, released in 2004.

On top of touring with the band, he's toured solo in Europe with his Guitar Clinic, showing the submissive subjects how to properly shred and play the bands most famous hits, such as »Who's Your Daddy« and »Hard Rock Hallelujah«. With Lordi he won the Eurovision Song Contest in 2006 as the first Finnish band and consequently the first Hard Rock/Heavy Metal band to ever win. In their homeland Finland Lordi has won 5 Emma music awards, the Finnish equivalent to the Grammys.

Did you know, that Amen has his own statue? Well, he does! The municipality of Mäntsälä, where Amen lived during his school years, honored his achievements by granting our beloved rocking mummy with the statue »Hard Rock Stone« in 2006. Apart from coaxing seductive sounds out of his guitar, Amen is a big fan of ice hockey and video games and has played guitar for the soundtrack of the PC game »Shadowgrounds« in 2005. 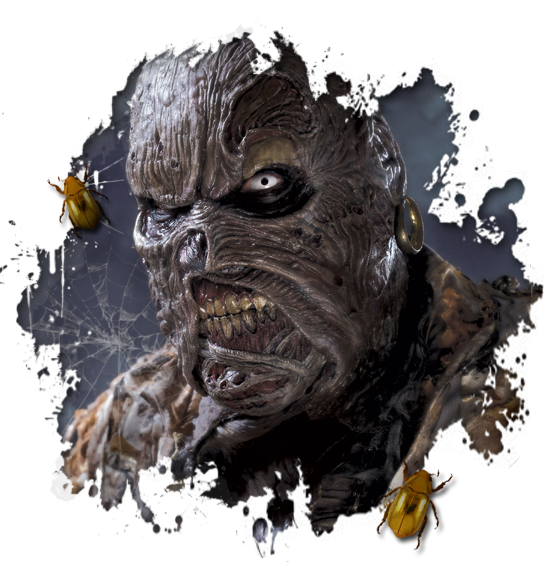